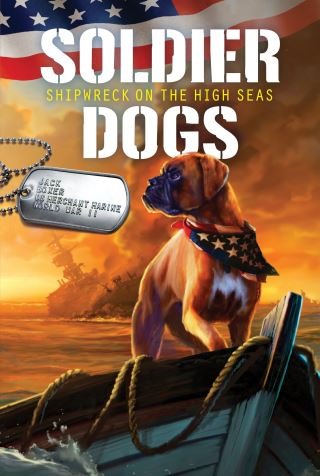 A World War II merchant marine ship is attacked by Nazi submarines in the seventh book in this action-packed middle grade series! Perfect for fans of the Hero and Scout books.

A year after Pearl Harbor, cabin boy Julio and his loyal Boxer, Jack, join the US Merchant Marines on a dangerous mission to bring supplies to troops on the Pacific front.

But when their convoy is attacked by German U-boats, their ship sinks, leaving Julio and Jack in a lifeboat fighting storms, sharks, starvation, and sickness. Can Julio and Jack help save the crew—and stay alive—as they search for land in the vast South Atlantic Ocean?

Marcus Sutter is a former military brat who collects model planes and ships from the WWII era. He lives on a ranch in the Midwest with his family and their three-legged mutt, Mike.