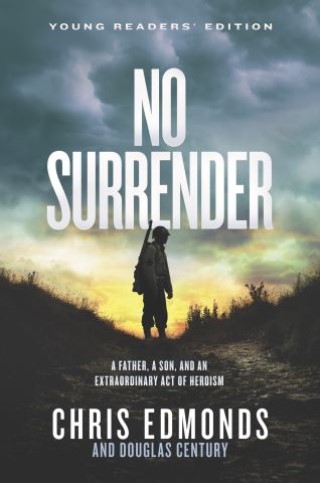 A Father, a Son, and an Extraordinary Act of Heroism

The epic true story of Master Sergeant Roddie Edmonds, an American hero who risked his life in the final days of World War II to save others—now in a thrilling young readers’ edition.

During the infamous World War II Battle of the Bulge, Master Sergeant Roddie Edmonds was captured, along with his infantrymen. The Nazis took him and his men to Stalag IXA, a notorious prisoner of war camp in Germany, where he was the highest-ranking American soldier.

He showed great courage in the face of danger, refusing to feed into the cruelty toward his fellow soldiers, many of whom were Jewish. Through his deep spirituality, endurance, ability to lead, and bravery, Roddie saved hundreds of U.S. military men. And his heroism continues to impact thousands of lives today.

In this young readers’ edition, which includes authentic photographs, readers will discover one of many unsung military heroes of our time—a hero who embodies the power of compassion, goodness, and ultimately, hope.

Chris Edmonds is chief executive officer of Roddie’s CODE and senior pastor of Piney Grove Baptist Church in Maryville, Tennessee, where he lives with his wife, Regina, and their family. Pastor Chris is also a senior professional in human resources and teaches leadership development to Department of Defense leaders at the University of Alabama in Huntsville. He earned his bachelor’s degree in personnel management at the University of Tennessee and, later, a master’s degree in religion at Liberty Theological Seminary. As CEO of Roddie’s CODE, Chris travels extensively, inspiring students and adults to emulate his father and Be the Hero by Choosing good, Opposing hate, Dignifying life, and Expressing love.